The soul of Amsterdam … 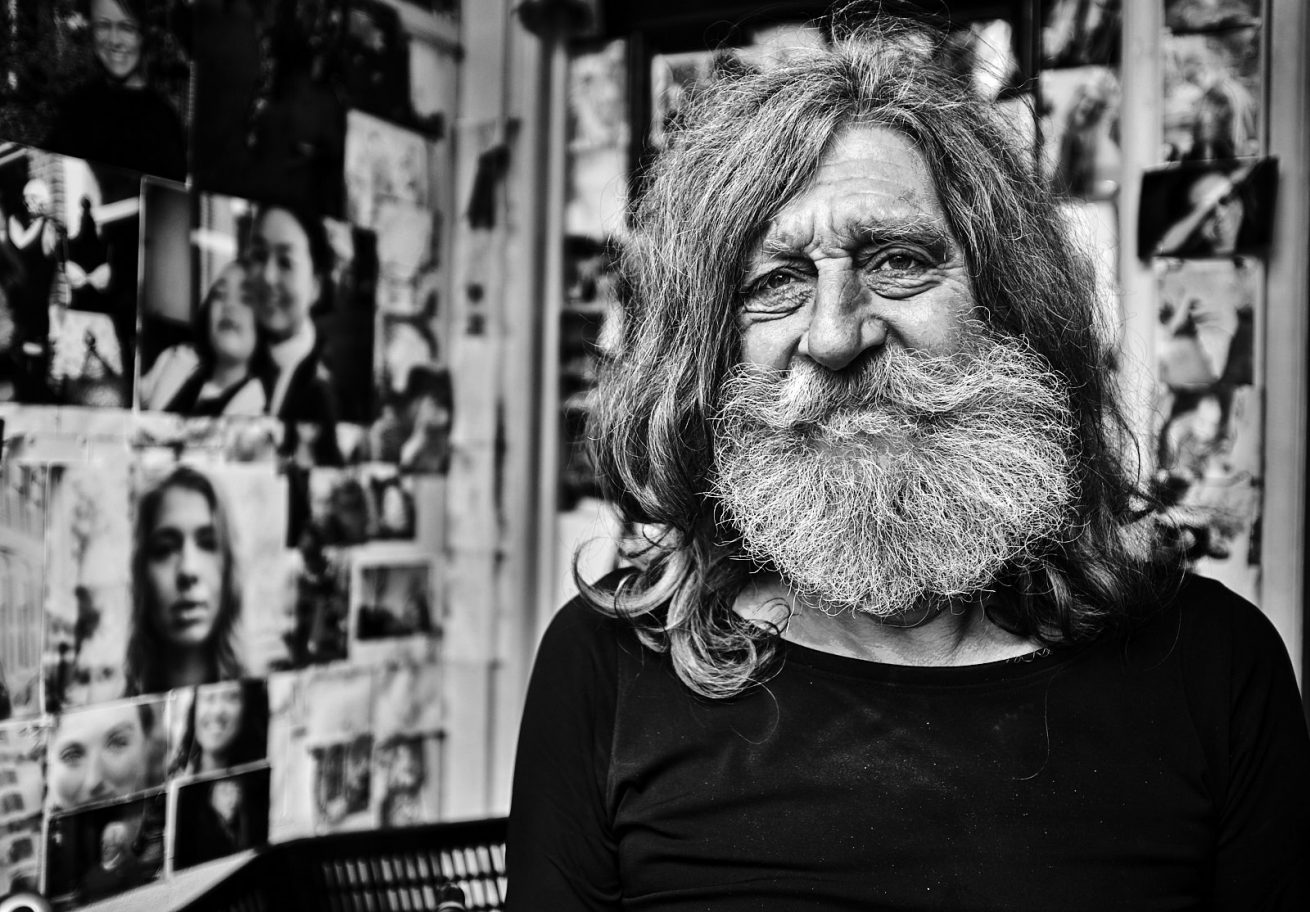 … is very much made of its inhabitants.

I was walking around the Zeeheldenbuurt when I saw this man (I’ll keep him anonymous) sitting on his bench outside his flat. Cigarettes, whisky … and he was wearing a dress. That does not surprise me anymore after so many years in Amsterdam. But he caught my attention (wouldn’t it catch yours ?). I did not want to take his picture and go, I felt he had a lot to tell. So I talked to him for a while, and indeed he’s one of those old souls of Amsterdam.

I think a good portion of his life is actually covering the wall around his patio, open to the outside world to take a peek at. Who does that if not a character that wants to share ? I noticed an old poster of Musemnacht with his picture, articles from national newspapers …. He wanted me to look at this fun series of 3 pictures of himself jumping in the canals. (before, during, and in the water). The one frozen in the air seemed to be his favourite, as if he could repeat and sustain this position anytime. But in a way, all those pictures are moment of his life frozen in time. And yet, the ‘why’ are staying in his mind and leaves us wondering. I never asked about the dress, I felt it was the least important thing about him. It felt it was an integral part of the character and he was not pretending to be someone else (I know this could be open for debate). I did not tell him of course, but I fear that a wonderful part of Amsterdam will eventually go away with him.

I actually would like to go see him again. I wonder if someone would join me to write about him !?

This site uses Akismet to reduce spam. Learn how your comment data is processed.